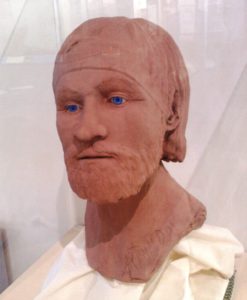 Reconstructed face of the Repton warrior, thought to possibly be Ivar the Boneless

In the year 865, a reign of terror descended on the Anglo-Saxon Kingdoms of England. Described as the most destructive and brutal invasion in English history, this dark tale of revenge would last for 14 years and engulf approximately half of the country. The Viking warrior responsible for leading this was none other than the leader of the Great Heathen Army, Ivar, nicknamed Ivar the ‘Boneless’.

This historical figure is renowned for not just the ferocity and cruelty he showed, but also for the mystery that surrounds him and his curious nickname. To this day, Ivar the Boneless is still subject to much historical debate, with many continuing to search to find out who he truly was.

The youngest son of Ragnar Lodbrok, one of the most famous Norse Viking heroes, Ivar is said to have been born in the year 794. Formally ruling over an area encompassing what is today Sweden and Denmark, Ivar the boneless followed in the footsteps of many Viking warriors in the invasion of Anglo Saxon countries. However, the tale of Ivan is often viewed as unique due to the large scale destruction he unleashed.

To begin this story, the tale of Ivar’s father first needs to be told. According to the saga of Ragnar Lodbrok, this Viking commander was famous for his scourging of England and France via many pirate raids. In one of these raids, Ragnar became shipwrecked upon the coast of Northumbria and it is here that he met his gruesome death. having survived the wreck, Ragnar and his army entered into battle with the Northumbrians, where he and many and his men were captured. Here, Aelle, the king of Northumbria, sent him to his death.

This was a torturous occasion, with Ragnar being pushed into a pit filled with poisonous snakes. The legend of the Karakumal, states that Ragnar sang a death song, confident of the bloody battles that his sons would initiate to avenge him.

The Act Of Revenge

Sure enough, this act of revenge is what is thought to have spurred Ivar’s tyranny on Britain. In the year 865, the infamous “Great Army” headed by Ivar began their invasion of England. This army, said to be bigger than that of William the Conqueror’s, consisted of 10,000 to 15,000 warriors, determined to bring total devastation. In contrast to many before them, monks and monasteries were not the sole target, rather, no one in England was safe or spared.

The conquest was rapid, starting in East Anglia, where the ravaging of the kingdom was quick and ended only when the King gave horses as a trade for peace. The North of England shortly followed suit, with Ivar and his army capturing York, ravaging Northumbria as far as the River Tyne.

One of the reasons for Ivar’s infamous status is for the brutal way in which he attacked. He is described by many as a ruthless, cruel, unconquerable leader, with his army using brutality to force their victims into submission. The warlord and his army have been described as Berserkers, Vikings who had the reputation of fighting with an uncontrollable fury. The religion of the Anglo-Saxons was a complete culture clash to that of the Vikings. 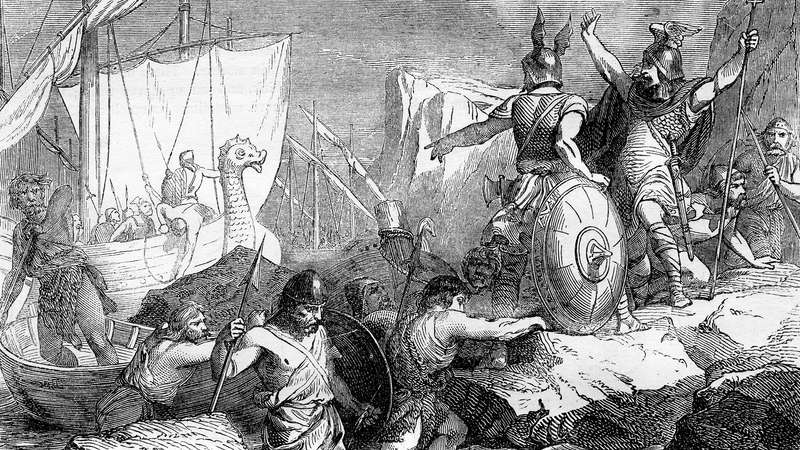 The belief in ideas such as ‘help for one’s neighbour’ contrasted with the worship of a war god. For the Vikings, the sacrificing of prisoners was needed in order to please their god. This brutality is highlighted when looking at Ivar’s revenge on King Aelle, the killer of his father. Upon capture, Aelle is said to have been subject to death via ‘blood eagle’, a torture technique which involved the victim ending up resembling a dead bird of prey. In essence, this involved breaking the spine and ribs of Aelle, his lungs being pulled out his back and to top it off, salt sprinkled in his wounds. Knowing this, it is no surprise Ivar has such a brutal reputation.

However, it is not just the brutality that Ivar is famous for. Many tales describe the leader as a cunning strategist of incredible intelligence. Many of his battles are said to have used innovative strategies not concentrated on sheer force. In many instances, Ivar is said to have used concepts such as using half his army in upfront battle. To the competitors, this would make the army appear small, an easy defeat. Little did they know however, the other half of the army would be sneaking up and attacking from behind them.

The Brute And The Strategist

One of the most famous instances of this style of clever strategy is recounted in relation to the defeat of King Aelle. Ivar is described as cleverly publicly standing down his army, admitting defeat and effectively fooling Aelle. As Aelle let his guard down, the real attack began, resulting in Aelle’s capture.

Perhaps, however, the biggest factor in the popularity in the study of Ivar is the mystery which surrounds Ivar’s curious nickname. To this day, there is no concrete conclusion on why Ivar has been dubbed as Ivar ‘the boneless’. Various possible explanations exist ranging from the idea that he suffered from impotence to his physical stature. It has been suggested that this name was given life due to Ivar being of incredible height, a figure standing at 9 feet. In contrast, one of the most popular explanations of this nickname relates to quite the opposite; that a disability meant Ivar was of very short stature.

The tales of Ivar the boneless describe him as being carried around on a shield by his army due to the inability to walk. It is said that unlike a usual Viking, Ivar used a cross bow rather than an axe to make up for this physical hindrance. Historians are in contrast about whether this should be seen as valid.

For many, it is believed that this type of disability would have meant that there is no way Ivar would have been made king or leader of the army. However, for some, Ivar’s sheer intelligence and cunning mind is viewed as making up for this. What can be concluded however, is that it is doubtful anyone will know the true story about the brutal Viking warlord Ivar the boneless.