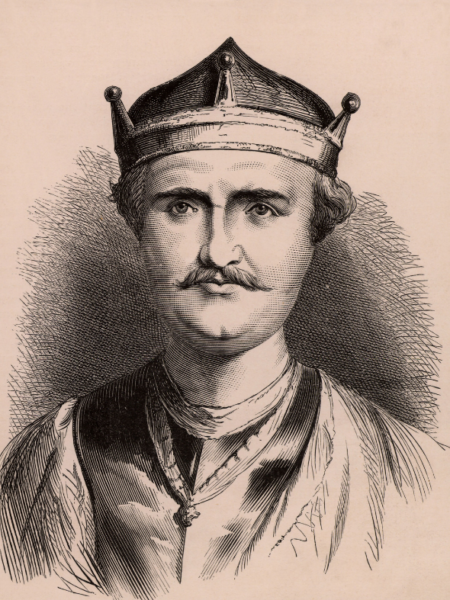 William I or William the Conqueror became the first reigning Norman King of England in 1066. He ruled until his death 21 years later. William was a direct descendant of the Viking warrior Rollo. He served as the Duke of Normandy from 1035.

By 1060, he began a conquest of England. In the autumn of 1066, the Norman nobleman arrived in Sussex and was determined to claim the British Isles. After ascending to the throne, William the Conqueror was responsible for creating a new era that forever changed the country’s culture, identity and language.

William the Conqueror – Rise to Power

The future king was born in Falaise, Normandy, France in 1028 and was the illegitimate child of Norman duke Robert I. The Duke died unexpectedly in 1035 while returning from Jerusalem. At the tender age of 8, William assumed the role Duke of Normandy. Violence plagued the kingdom at the time, as Barons battled for control of the kingdom. Some of the duke’s guards and his teacher were murdered during the anarchist upheaval. However, with the protection and assistance provided by the French King Henry I, William survived.

While yet a teenager, William was knighted by the king in 1042. He immediately became more involved in political events in order to gain control over his territory. In 1064, he conquered the two nearby provinces of Brittany and Maine. 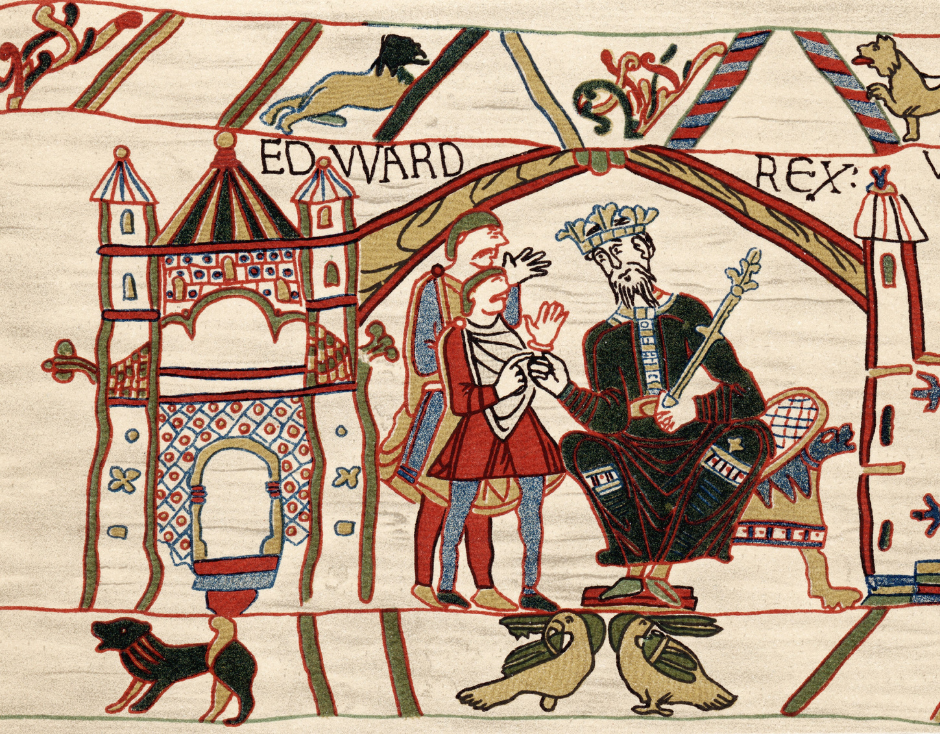 Edward the Confessor was the King of England at the time. As the ruler was childless and a nephew to William’s grandfather, the monarch declared that William would follow him to the throne. However, after Edward died in 1066, the king’s brother-in-law Harold Godwin lay claim to throne despite having pledged former allegiance to William. The council of powerful English lords known as The Witan assisted Godwin in becoming the new ruler. Angry and feeling betrayed, William invaded England to strengthen his claim.

William gathered an army and a fleet of ships along the French coast. However, weather conditions interfered with his travel plans for weeks. During this time, a Norwegian military force invaded England from the north. Expecting William to arrive, Harold had troops located along the south. In light of the invasion, troops were deployed northward. He was successful in defeating the Norwegians and turned his attention back to the south. Without time to recuperate from the previous battle, the military now faced William and his military. The two armies confronted each other in the Battle of Hastings on October 14, 1066.

During the skirmish, Harold and his two brothers died. Without anyone left holding a title or a claim to the throne, William assumed the role of ruler. On Christmas Day in 1066, William was crowned King of England. Various revolts erupted within the first five years of his reign. However, the events gave William the excuse to acquire more territory. He distributed the new lands to his feudal Norman followers. In time, Normans replaced the Anglo-Saxons as the country’s upper class.

William the Conqueror became extremely interested in learning more about his lands and the people under his reign. The detailed accounts of these facts became known as the Domesday book. By the time William died in Rouen, France in 1087, he had four sons and five daughters. Every ruler since has been a descendant of the Norman. Genealogists theorise that more than a quarter of England’s population is related to William. Many Americans having British heritage are also likely his relatives.

The King never learned to speak English. William also could not read or write. This educational lack was not uncommon with nobles of the day. However, the number of French and Latin words he commonly used soon became part of the new language known as Franglais. Many of the words became part of the English dictionary. Various historians believe that William’s influence enabled England to become a powerful nation.

Little Known Facts about William I

• What’s in a name?-The name William is of French and German origin and so was not known in England until the arrival of the duke. However, by the 13th century, William became the most common name given to baby boys. Today, the name continues ranking in the top 10 of most popular boys’ names. If Queen Elizabeth’s grandson William ascends to the throne, some believe the name is destined to become even more popular.

• Watch what you say about my mama!-Sometime during the 1040s or 1050s, William enacted a siege on the Normandy border town of Alencon. Residents hung hides on walls as an act of making fun of the invader. As this was his maternal grandfather’s occupation, William took offense. As vengeance for his mother and his mother’s family, he ordered that the hands and feet of the guilty be severed.

• Middle-age bulge-Although athletic, healthy and slender during his younger years, William began gaining weight as he grew older. At one point, France’s King Philip compared his physical appearance to that of a pregnant woman. Self-conscious about his weight, William temporarily went on a diet consisting of only wine and spirits. However, the fad diet did not work.

• You’re not that funny.-William’s court jester rode alongside him when he invaded England. He was known to lift the spirits of the soldiers by singing about their heroic acts. Once the army reached enemy lines, the jester teased the English by juggling his sword. Irritated by the jester’s act, an Englishman swiftly killed him. The murder started the historic war.

• Not love at first sight.-William the Conqueror wanted to marry Matilda who was the granddaughter of France’s King Robert II. However, she was not interested. It is not known if William’s illegitimacy was the problem or the possibility that she was attracted to another man. Angry and frustrated at being rejected, William pulled Matilda off her horse by her hair and tackled her in the street. She agreed to marry him, and the love story began. Their union produced 10 children. When Matilda died in 1083, William fell into a deep depression.