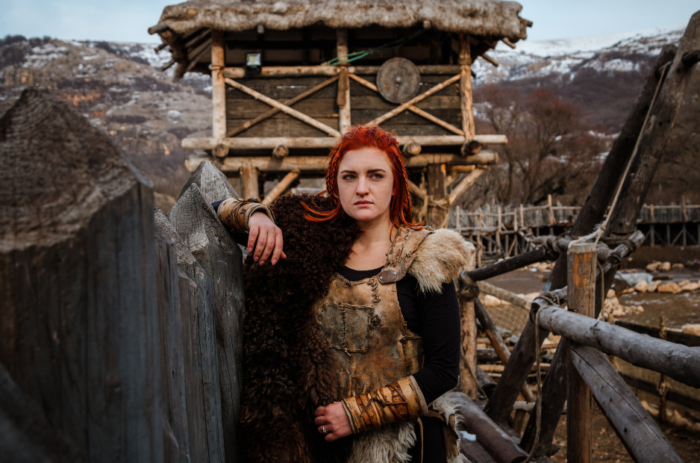 The Vikings were seafaring people from modern Scandinavia. They had advanced seafaring skills and are known for having traveled all over the world, raiding other countries and trading goods especially in Europe. The Vikings have now become almost a myth, because there are so many grand stories and ideas about them. However, they were a real historical people with a complex and fascinating history. The Viking Age lasted from the 700s to 1200s in Europe. 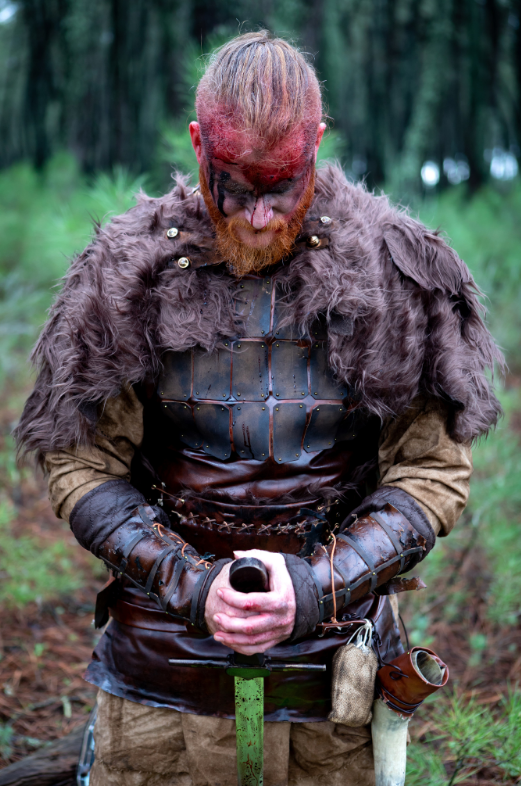 Vikings were known to be very skilled weavers, and they made their own cloth to use for clothing. In the Viking era, making clothes was a lot more work than it is today. The work was entirely done by women, and it was time-consuming. To make a wool cloak, for example, they had to first raise the sheep, cut the wool, process it, and then weave it into cloth; only then could they make a cloak out of it. For this reason, clothing was considered very valuable. It was likely kept and used for a long time.

There were different classes of Vikings, and each class was known to wear different types of clothing to show their wealth or status. Higher classes wore more expensive clothes, sometimes made of silk. They also wore jewelry such as brooches, necklaces and arm rings. In addition, wealthier Vikings’ clothing featured more decoration and color than lower-class Vikings, who used plain fabric to make their clothes.

Clothing also differed by gender. Men wore tunics that were tight-fitting across the chest and had a broad loose skirt. They wore trousers underneath the tunics. Women wore a long dress with an overdress on top. In both cases, clothes were secured around the waist with leather belts, and they were secured on top with pins or brooches.

For added warmth in the cold Northern weather, Vikings also wore long cloaks or jackets made of wool, animal skins and fur. They wore hats made of wool and leather, and they also wore mittens. In general, Viking clothes were made from animal skins, wool, and linen.

Shoes were made of leather, and they were usually quite simple. They resembled plain leather booties with soft soles, and with leather laces for enclosure. They did not last long and needed to be replaced every few months. Vikings sometimes wore leg wraps around their lower legs for added warmth, similar to modern leg-warmers but made of strips of wool wrapped around the leg.

Viking women also wore head coverings. This may have been used to show who was married and who was not. 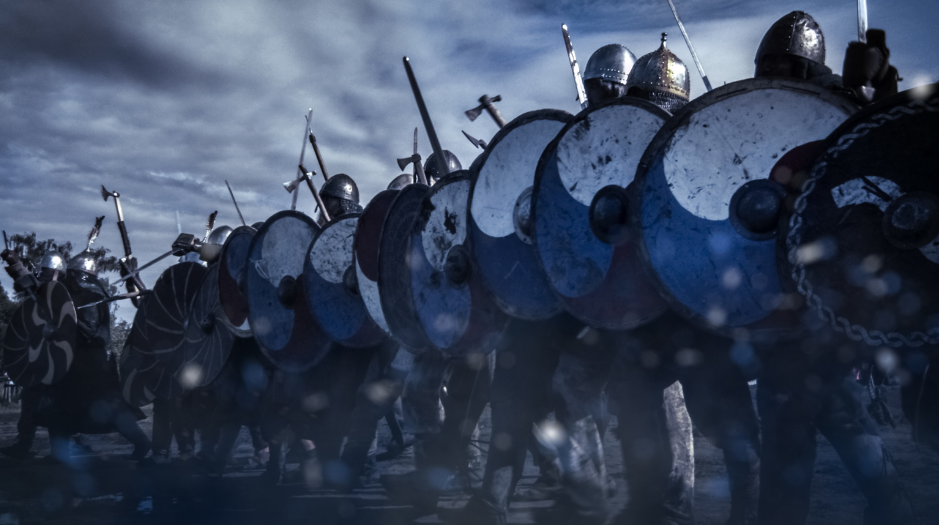 When you picture a Viking, you probably picture a metal cap with two horns on it, lots of facial hair and plenty of weapons. However, this image of Vikings is a misconception. Historians do not believe that Viking warriors wore horned helmets. Instead, their helmets were cone-shaped and made from hard leather, wood and metal.

According to ancient sagas, all Viking men were required to own weapons, and they were allowed to carry them all the time. War was considered an honorable and prestigious activity. Weapons were a sign of social status, so the weapons that a Viking used would have depended on his amount of wealth.

The common Viking fought with a spear and shield. They also carried a seax, a type of knife which they used as a utility knife and side-arm. Bows were also used in land battles and at sea; these were the same bows used for hunting. Vikings also used simple tools like axes and knives as some of their main battle weapons, which was unique for that time period. Some elites even used two-handed axes, which were as long as a person! 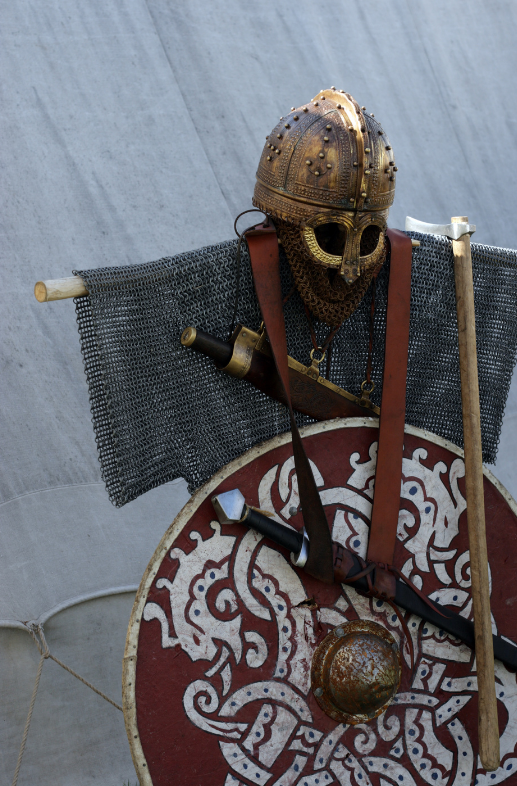 Wealthier Vikings not only had a spear and shield, but a sword as well. Only the very richest Vikings, like nobles or warriors, had helmets and other armor.

Viking spears, as the most common weapon, were used very often by Vikings of all types. They consisted of metal heads with a blade and a hollow shaft, mounted on wooden shafts. They were typically two to three meters long, and they were usually made from the ash tree. The spear heads ranged from seven to eleven inches. Spears were used for throwing, thrusting, chopping or cutting; each spear was especially designed for its purpose.

Shields were the most common way of defending oneself, as opposed to armor. They were made from linden, fir, alder or poplar wood, and they were often reinforced with leather. Shields were often painted with colors and designs, such as sun wheels.

The seax was a type of knife used by Vikings. It was a bit heavier than a regular knife, and was used similarly to a machete. It was a simple weapon that was easy to make and use.

Axes were the most common hand weapon. Swords were limited to wealthier Vikings, since they were much more expensive to make. Axe heads were generally made from wrought iron with a steel edge. Axes were used not just as weapons, but also as tools, making them practical for the common Viking. The larger axe which was made to be used with two hands was called the Dane Axe; it was used by warrior elites. Axes could be either thrown or swung.

Unlike axes, swords were very costly to make. The double-edged blades were up to 35 inches long, and were made from steel. The sword grip was made from wood, horn or antler. Leather was used to hold the sword over the shoulder. For much of the Viking Age, owning a sword was considered a special honor and a sign of high status. They were so valued that they were passed down from generation to generation.

Vikings who could afford to wear armor used helmets, metal armor made of chainmail, and a type of armor called lamellar, which consisted of iron plates sewn together. Lower-status Vikings also used layers of quilted cloth, such as linen or wool, to protect the body during battle.