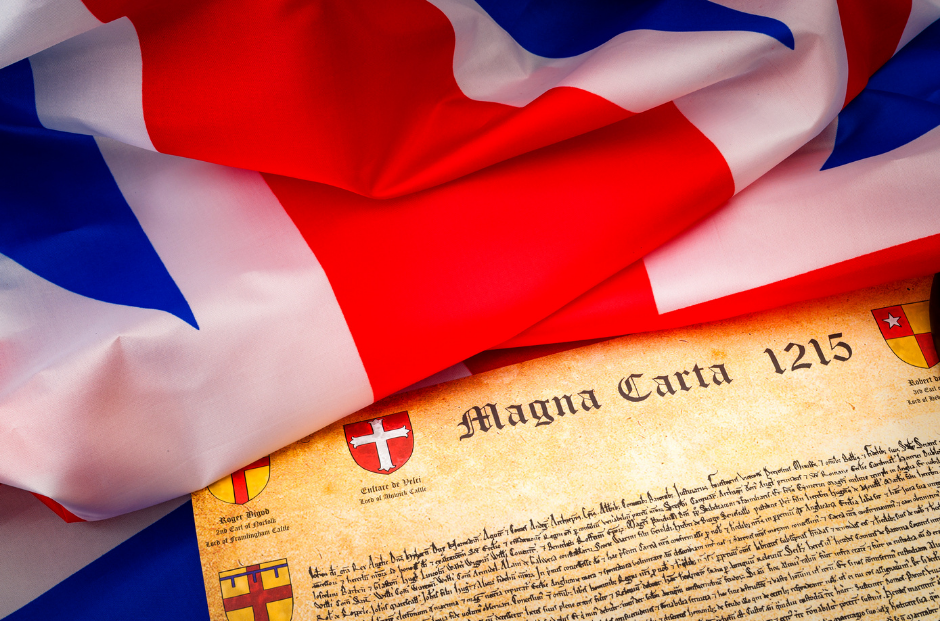 The origin of Magna Carta was as a tool for peace, bridging hostilities between royalists and a populist rebellion. Lord Denning, celebrated English judge called this document: “the greatest constitutional document of all times – the foundation of the freedom of the individual against the arbitrary authority of the despot”. 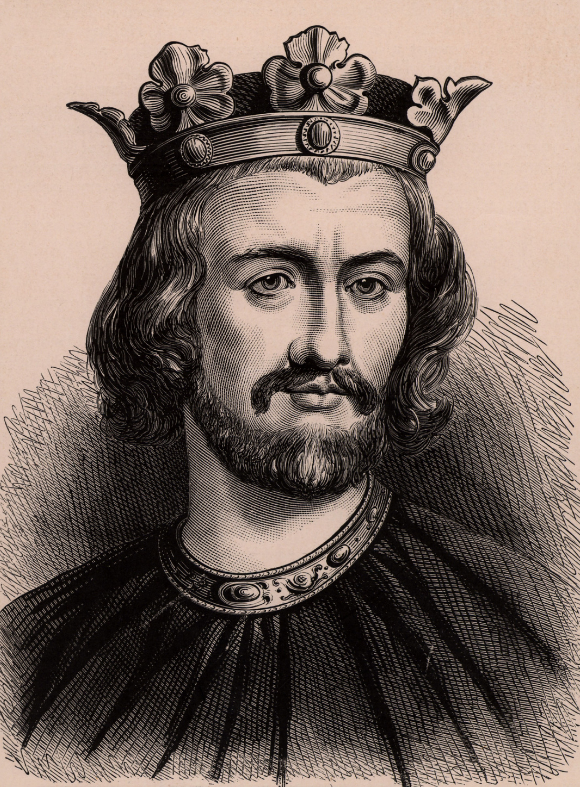 King John and his barons did not get along. John had lost a vast amount of his family’s land in wars with France, and had subsequently raised taxes to raise a war effort to return them. The barons resented the increased burden of taxation, and organized a rebellion against the King.

The complex situation came to a head when rebel factions marched on London, and attracted an even greater following. Letters from Pope Innocent III backing the King were too late to stave off the forming of military forces, and the barons renounced their feudal obligations to King John. Without his nobility, King John had no choice but to negotiate, or jeopardize the legitimacy of his rule, and thereby the future of England. 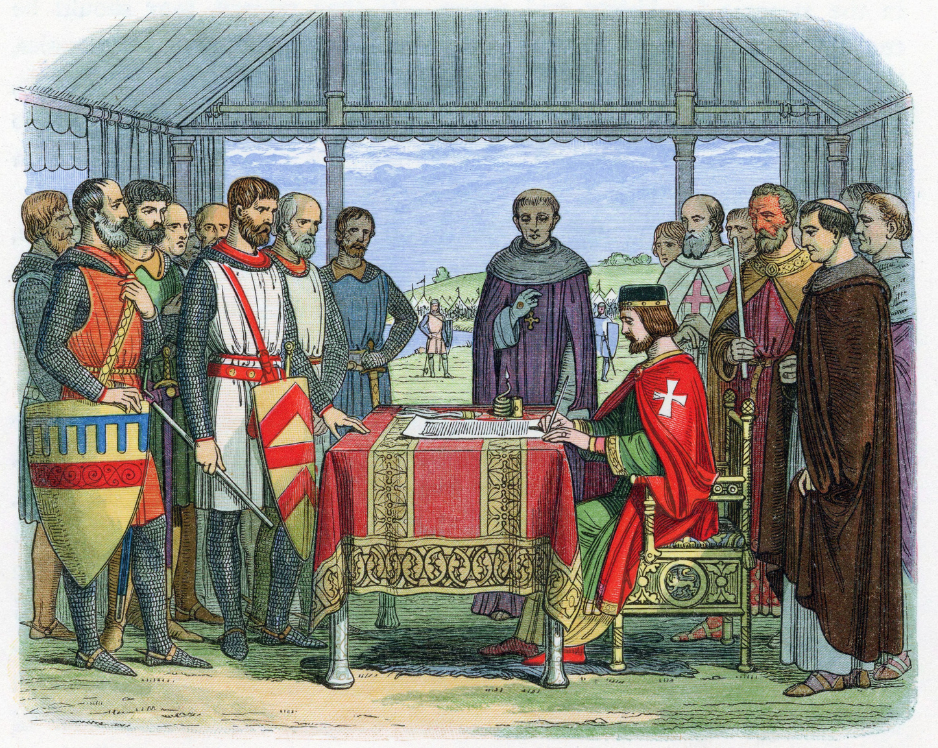 King John met the leaders of the rebellion at Runnymede, a historic location for assemblies as it was considered neutral ground. It was here the rebels presented the “Articles of the Barons” which would eventually evolve into a more complete document, the original Magna Carta. With this agreement sealed, the rebels reissued their loyalty to King John.

The original Magna Carta promised to address more than the disagreements of the day, but also the protection of religious rights, unlawful imprisonment, access to due process and imposed limits on taxation by the king. We will recognize that all of these items place importance on the rights of free men – the populace rather than an all-powerful monarch. Though most of the rights were designated for the barons, leaving the feudal system intact, there were some clauses that improved the rights of even lowly serfs.

The charter, while a step forward in the relationship between King John and his noblemen, was not one that included a high level of trust. The infamous “clause 61” acted as a security measure in favor of the barons. It created a panel of 25 barons that would monitor the monarch’s adherence to the charters requirements, and if he did not comply after being notified of a transgression, the rebels were empowered to seize lands and properties until they were satisfied. With this abysmal level of trust and cooperation, the clause served to doom the accord almost from the beginning.

Historians believe neither party adhered to the charter even from the day it was signed. Just months after it was signed, the first Magna Carta was denounced by Pope Innocent III and became nearly meaningless. With the peace agreement practically annulled, the threat of civil war became inevitable. The First Barons’ War broke out in late summer 1215, mere months after the agreement was put in place.

King John died before 1215 ran out, and his nine-year-old nephew Henry III inherited the great power of the throne. With the war still smoldering around the country, the men John appointed to oversee the young man’s initiation as King as executors, immediately set about attempting to strengthen the monarchy’s position.

As part of the negotiation, Henry’s executors incentivized the rebels to return to fold by issuing a new version of the original great charter, albeit one missing some of the clauses that most weakened the King and the power of the papacy. Unfortunately, the barons noticed these omissions and some factions were even further driven to hatred for the new king’s government. 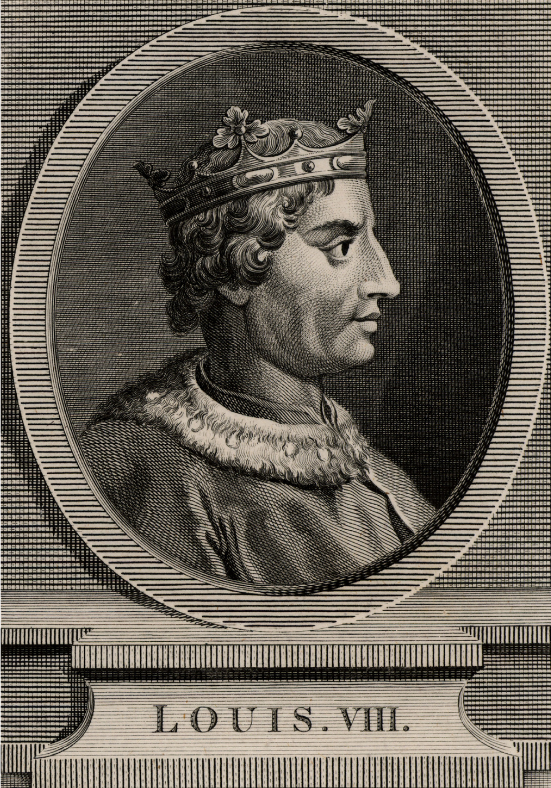 The Treaty of Lambeth

The rebel factions of the First Barons’ War were supported by Prince Louis, who would someday become King Louis VIII. By reinforcing the rebellion he was given the option to take the throne through victory, but as the war drug on he was unable to make major headway in the efforts. In 1217, after a major defeat of Prince Louis’s forces en route to London, he capitulated by organizing a peace treaty. This treaty along with a document governing the administration of the royal forests, became known as the Great Charter of 1217.

Though Henry would remain committed to operating within the bounds of Magna Carta during his rule, he wielded it inconsistently, managing to alienate even some of his supporters. In 1258, a coup of barons seized the throne, eventually enthralling King Henry’s reign in the Second Barons’ War. Henry’s son Prince Edward I was able to claim victory, and reissued Magna Carta with additional taxation included. This charter remains in statute today.

Magna Carta Through the Centuries

As Britain continued on through history, the use of Magna Carta aged with it. Many of it’s clauses became superseded by more relevant legislation, but it was always used as a lawful text. It even came under fire during the 16th century to fuel propaganda by King Henry VIII, seeking to maintain power by guiding public sentiment.

The first printed versions of the Magna Carta surfaced in the early 1500s, and the increasing literacy of the realm led to a rise in interest in populist concerns. During political tensions in the 17th century, the Great Charter was used by many to challenge the authority of the Crown, citing the documents ancient tenets protecting the individual.

Throughout history from this time forward, Magna Carta has been cited by the most famous populist revolutionaries. The Whig party in 17th century england believed the English constitution to be a social contract, supported by ancient documents and rights like Magna Carta, eventually allowing the powers of Parliament to be great increased. Some of the original charters brought to the thirteen colonies and drafted by historians specializing in the study of Magna Carta and its precedents. When the colonies began their rebellion, it was in large part to fight for the rights they felt were embodied by Magna Carta – eventually leading to the creation of the United States Constitution.

Although Magna Carta is rarely invoked in modern day litigation, it maintains its place as a symbol of British national identity. Four certified copies of the original 1215 charters remain in existence, and were brought together for a singular exhibition at the British Library on February 2, 2015, in celebration of the original charter’s 800th anniversary.

Link will appear as Hanson, Marilee. "The Magna Carta – A Historic Symbol of Liberty" https://englishhistory.net/middle-ages/magna-carta/, February 16, 2017