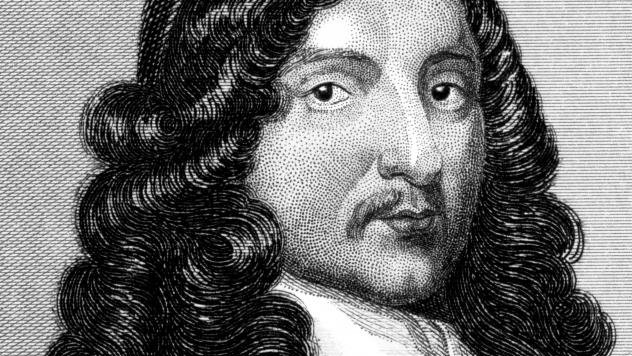 Andrew Marvell (31 March 1621 — 16 August 1678) was an English metaphysical poet, satirist and politician. He is remembered for his style of writing and satirical and religious themes within his poetry, often attacking the church and defending the right of Parliament.

During the Commonwealth period, he was a close friend of John Milton, who helped him find employment in the Cromwell government. Some of Marvell’s most famous poems are “To His Coy Mistress”, “The Garden” and “An Horatian Ode”, as well as his political satires “Flecknoe” and “The Character of Holland”.

Andrew Marvell was born in 1621 in Winestead-in-Holderness, East Riding of Yorkshire, near the city of Kingston upon Hull. He was born to Anne Pease Marvell and Andrew Marvell, who was a Church of England clergyman. The family moved to Hull in 1624 as Marvell’s father was appointed Lecturer at Holy Trinity Church there, and Marvell was educated at Hull Grammar School.

At the age of 13, Marvell attended Trinity College, Cambridge, where he received a BA degree in 1639. His earliest surviving verses lead to no conclusions about his religion and politics as a student. He intended to stay on to study for an MA, but his father drowned in “the Tide of Humber” — the estuary at Hull made famous by “To his Coy Mistress” — in 1641, and he left shortly after.

Following Marvell’s education, the English Civil War broke out. In the middle of 1642, it is thought that he travelled in continental Europe and may have also become a tutor for an aristocrat on the Grand Tour. It is likely that he met the Villiers brothers, Lord Francis and the 2nd Duke of Buckingham, as well as Richard Flecknoe in Rome in 1645, but it is unclear where else Marvell travelled to. It is thought that he traveled to at least Holland, France, Italy, and Spain, because Milton credits him with speaking the languages of these four countries.

Marvell’s first poems were published when he was still at Cambridge and were written in Latin and Greek. In his poems, lamented a visitation of the plague and celebrated the birth of a child to King Charles I and Queen Henrietta Maria. One of his most famous poems was written during this time, “Horatian Ode”, and is a political poem dated to early 1650. While it praises Oliver Cromwell’s return from Ireland, it also mourns the death of the King and the Interregnum.

Around 1650–1652, Marvell became a tutor to the daughter of the Lord General Thomas Fairfax. During this time, he lived at Nun Appleton Hall, near York, and continued to write poetry, including “Upon Appleton House, To My Lord Fairfax” and “To his Coy Mistress”. He used these poems to explore society in relation to a time of war and political change.

In 1652, Marvell wrote the satirical “Character of Holland”. During this time, tensions were increasing leading up to the First Anglo-Dutch war. Following his time at Nun Appleton Hall, he found employment in the Cromwell government with John Milton’s recommendation in 1653. He became a tutor to Cromwell’s ward, William Dutton, and moved to live with his pupil at the house of John Oxenbridge in Eton.

Oxenbridge had made two trips to Bermuda, and it is thought that this inspired Marvell to write his poem Bermudas. He also wrote several poems in praise of Cromwell, who was, by this time, Lord Protector of England. In 1656, Marvell and Dutton travelled to France, to visit the Protestant Academy of Saumur. 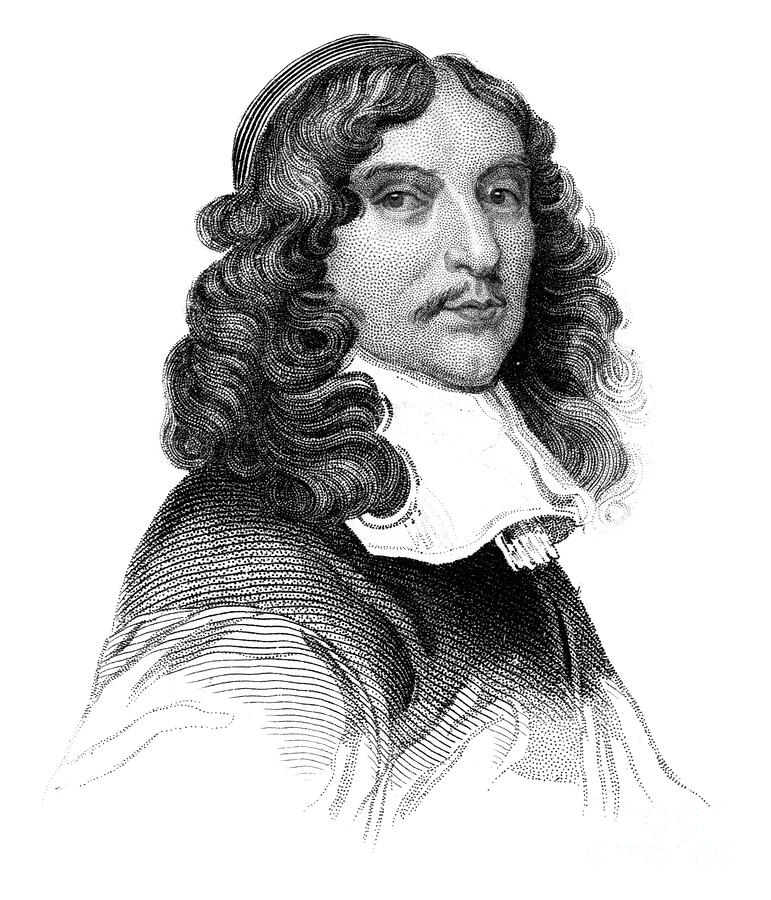 Marvell was employed as Latin secretary to Cromwell’s Council of State with Milton, who, by that time, had lost his sight. He was on a salary of £200 a year, which was a good wage at the time and ensured financial security.

During this time, he wrote two different though equally public poems: “On the Victory Obtained by Blake over the Spaniards in the Bay of Santacruze, in the Island of Teneriff. 1657” and “Two Songs at the Marriage of the Lord Fauconberg and the Lady Mary Cromwell.” The following year, Cromwell died, and Marvell celebrated the late Lord Protector in A Poem upon the Death of O.C. Cromwell was succeeded as Lord Protector by his son Richard.

Marvell was elected member of Parliament for Hull in 1659, which was a position he held until the end of his life. He was paid a rate of 6 shillings, 8 pence per day during sittings of parliament.

Following the Restoration in 1660, Marvell was safe himself and well placed to help other members of the Interregnum government, including Milton, who was to be executed for his antimonarchical writings and revolutionary activities. Marvell may have well saved his life, and the closeness between the two poets is shown in the fact that Marvell contributed an eloquent prefatory poem, entitled “On Mr. Milton’s Paradise Lost”, to the second edition of Milton’s epic Paradise Lost.

In 1661, Marvell was re-elected MP for Hull in the Cavalier Parliament. During this time, he wrote several long and bitterly satirical verses against the corruption of the court. Although circulated in manuscript form and some were published, they were too politically sensitive and thus dangerous to be published under his name until well after his death. The most famous of these satires are “Clarindon’s House-Warming,” “The last Instructions to a Painter,” and “The Loyall Scot.”

Marvell also wrote anonymous prose satires criticizing the monarchy and Roman Catholicism, defending Puritan dissenters, and denouncing censorship. In 1672 and 1673, The Rehearsal Transpros’d, an attack on Samuel Parker, was published in two parts. In 1676, Mr. Smirke; or The Divine in Mode, a work critical of intolerance within the Church of England, was published together with a “Short Historical Essay, concerning General Councils, Creeds, and Impositions, in matters of Religion”. 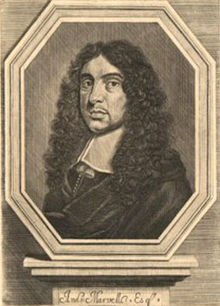 Marvell generally remained in London prior to his death, apart from two diplomatic journeys in the service of Charles Howard, Earl of Carlisle, in Holland (1662–1663) and in Russia, Sweden, and Denmark (1663–1665).

From 1669 until his death in 1678, Marvell was serving as London agent for the Hull Trinity House, a shipmasters’ guild. Just before his death, Marvell produced An Account of the Growth of Popery, and Arbitrary Government in England (1677), anonymously. It denounces the growing influence of both France and Catholicism at the English court, and by extension in the English government.

Marvell died suddenly in 1678, and his death is generally attributed to a fever. Because his health prior to this had been generally good, there was speculation that he was poisoned to death. At the time, there was a reward offered by the government for the identity of the author of one of his An Account of the Growth of Popery, though there was little doubt who the author was.

Marvell was buried in the church of St Giles in the Fields in central London.

Marvell’s writing style generally conforms to the established stylised forms of his contemporary neoclassical tradition, including the carpe diem lyric tradition. While his forms were familiar, he often infused his poems with his unique conceits, analogies, reflections and preoccupations with larger questions about life and death.

Some of his work also incorporates satire and religious themes, particularly because he was a Parliamentarian and was opposed to episcopacy. However, he was not a Puritan, and later in life seems to have been a conforming Anglican. His Biblical influence is evident in poems such as “The Garden”, “Coronet” and “The Bermudas”.

Marvell is remembered as one of the most important metaphysical poets, managing to embody the seventeenth century English society and views in his writing. He was a pioneer of political verse satire, attacking the royal court and the established church, and was a defender of religious and political liberty and the rights of Parliament.

His satire won him a reputation in his own day and preserved his memory beyond the 18th century as a patriotic political writer, but it was the 19th century that marked him as one of the major lyric poets of his age. Despite the fact that his style was one that was already out of fashion by the time of his death, he went on to influence other famous writers of English literature, such as John Dryden and Alexander Pope, as well as Jonathan Swift. 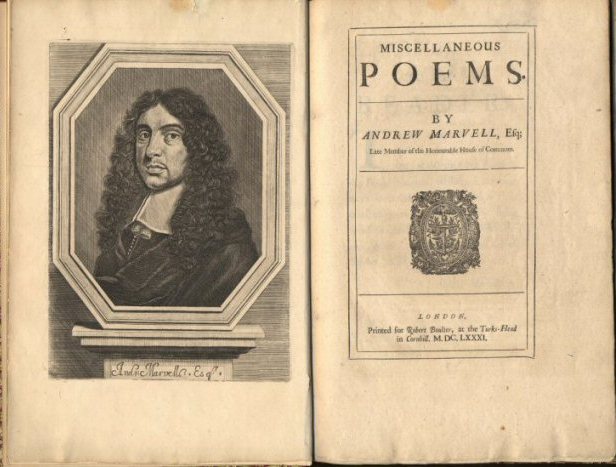