Lord Byron has been the subject of numerous biographies and critical studies. At this page I have listed the sources used in creating the site, as well as other books still in-print and easy to find.

The most recent biography of Byron is by Fiona MacCarthy. Byron: Life and Legend has received mixed reviews. I just finished it (July ’03) and found it enjoyable. Like most biographies of Byron, it is highly speculative at times. Biographers tend to cast a salacious light on all he wrote and said. For that reason, read biographies of Byron with a critical eye and question the evidence for the more outrageous claims (such as his ‘affair’ with his half-sister.) Quite often, you’ll find it’s mere speculation. 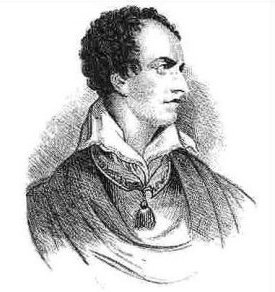 Two other recent biographies are Benita Eisler’s Byron: Child of Passion, Fool of Fame and Phyllis Grosskurth’s Byron: The Flawed Angel. Eisler’s work is by far the better one. It’s often beautifully written and her treatment of Shelley and Byron’s complex ‘friendship’ is well done. (And if I had to choose between MacCarthy and Eisler, I’d pick Eisler again.)

Leslie A. Marchand’s 3-volume Byron, supplemented and updated in Byron: A Portrait is considered the classic biography. Jeffrey Hoeper has written an article about Marchand’s work.

Elizabeth Longford’s The Life of Byron
Bernard Blackstone, Byron: A Survey
Malcolm Elwin’s Lord Byron’s Wife is a look at Byron’s wife and marriage, based on Lady Byron’s own papers.
Doris Langley Moore’s Lord Byron: Accounts Rendered
Edward John Trelawney’s Recollections of the Last Days of Shelley and Byron has been reprinted by the New York Review of Books. Trelawney exaggerates, as was his wont, and he’s now most famous as the man who both built the boat which drowned Shelley and left Lord Byron to die in Greece. But his book is still worthwhile and an entertaining read. Among other things, he discusses Byron’s weight problems and the truth about his lame foot. There are lots of pithy quotes from Byron along the way. As for what’s true and what’s not, well, that’s the problem with most books about Byron.

David Crane’s The Kindness of Sisters: Annabella Milkbanke and the Destruction of the Byrons is a study of Byron’s wife, sister, and two daughters. It was a quick read, with some interesting bits along the way. You can also go to the Links page to read Harriet Beecher Stowe’s article about Byron and Annabella. Crane also wrote a biography of Trelawney called Lord Byron’s Jackal. I haven’t started that one yet.

For a list of works about Byron, look at Oscar Jose Santucho’s George Gordon, Lord Byron: A Comprehensive Bibliography of Secondary Materials in English, 1807-1974; it also contains a critical review of research. Thomas J. Wise has a full list of Byron first editions in A Bibliography of the Writings in Verse and Prose of Byron; and Ernest H. Coleridge lists first, later, and foreign editions in the 13-volume The Works of Lord Byron which he edited.
Leslie A. Marchand has also written Byron’s Poetry: A Critical Introduction and there are, of course, numerous other critical studies. The most prominent are Andrew Rutherford, Byron: A Critical Study and Byron: The Critical Heritage, a collection of 19th century writings. Harold Bloom and Paul Trueblood have also written critical interpretations of Byron. I enjoyed Bloom’s The Visionary Company, which discusses all the Romantics, thus placing Byron in the context of his times. Also look for Northrop Frye’s Fables of Identity and John Jump’s Byron. Perhaps the most comprehensive general introduction to Byronic criticism is Andrew Rutherford’s Byron: The Critical Heritage (it contains essays from the 19th and 20th centuries.) Rutherford also authored Byron: A Critical Study.
I’m quite certain that TS Eliot mentions Byron in The Use of Poetry and the Use of Criticism, but – if so – it probably isn’t complementary.
The Norton Critical Edition of Byron’s Poetry, selected and edited by Frank D. McConnell, is a great source as well.
Peter Brent’s Lord Byron is another well-known biography.
G. Wilson Knight wrote Lord Byron: Christian Virtues and Lord Byron’s Marriage.
Andre Maurois’s Byron is considered a classic.

The most complete and authentic collection of Byron’s poetry is The Works of Lord Byron, Poetry. It’s seven volumes, and edited by EH Coleridge. It is known as ‘the John Murray edition’ (Murray was Byron’s publisher), which remains the single most authoritative text.

Byron-related biographies/studies and Byronic fiction:
Most of the above works (those I used to create the site) are still in-print and readily available at local bookstores or through online retailers. Here are some more recent works:
Betty O’Toole has published a biography of Byron’s daughter, Ada, justly famous as Charles Babbage’s collaborator on the ‘difference engine’. It’s called Ada, the Enchantress of Numbers.
Caroline Lamb’s Glenarvon is available from the Everyman Paperback Classics.
Tom Holland’s Lord of the Dead: The Secret History of Byron is available in paperback. I am actually reading this right now (mid-June ’03) on the recommendation of a website visitor. It’s not as bad as I’d feared. Still, I long for the day GM Fraser decides to write a fictional life of Byron. Wouldn’t that be wonderful?

And please check out Jeffrey D. Hoeper’s Byron site. He has collected and scanned Byron’s letters and journals, as well as EH Coleridge’s biography of Byron from the 1905 edition of Encyclopedia Britannica and many other Byron-related sources.